skip to main | skip to sidebar

"I would not have you contemplate the deity of Christ, the majesty of Christ, but rather his flesh. Look upon the Baby Jesus. Divinity may terrify man. Inexpressible majesty will crush him. That is why Christ took on our humanity, save for sin, that he should not terrify us but rather that with love and favor he should console and confirm.

Behold Christ lying in the lap of his young mother, still a virgin. What can be sweeter than the Babe, what more lovely than the mother! What fairer than her youth! What more gracious than her virginity! Look at the Child, knowing nothing. Yet all that is belongs to him, that your conscience should not fear but take comfort in him. Doubt nothing. Watch him springing in the lap of the maiden. Laugh with him. Look upon this Lord of Peace and your spirit will be at peace. See how God invites you in many ways. He places before you a Babe with whom you may take refuge. You cannot fear him, for nothing is more appealing to man than a babe. Are you affrighted? Then come to him, lying in the lap of the fairest and sweetest maid. You will see how great is the divine goodness, which seeks above all else that you should not despair. Trust him! Trust him! Here is the Child in whom is salvation. To me there is no grater consolation given to mankind than this, that Christ became man, a child, a babe, playing in the lap and at the breasts of his most gracious mother. Who is there whom this sight would not comfort? Now is overcome the power of sin, death, hell, conscience, and guilt, if you come to this gurgling Babe and believe that he is come, not to judge you, but to save". Martin Luther on the Nativity (Christmas Sermons).

Gift-wrap. It's used by the store-load this time of year, but have you ever thought about why we find it so important to use it?
What is it that requires us to take up our time and make so much effort to insure that all those goodies we buy for others is so nicely (in my case, not so much - I'm pretty dreadful with paper and tape) wrapped?

It's all about marking something as special.
When we hand over that little box of something in that brightly colored sheet, it says 'here's something to say you're special', and because of that we (usually) know a moment of delight: an affirmation that we are loved.

Christmas is a moment when we can look with amazement upon the most beautiful and total gift that has ever been given.
The one whom the Apostle John describes as 'The Word' - the one who makes all things and holds them together - is 'gift wrapped' to come amongst us.
Now it's important to reflect on this, because it says something wonderful about the handiwork of God.

The Lord does not come amongst us as some strange, extra-terrestrial like creature, or as an "Angel", just to proclaim a message and go. Christ is given to us flesh and blood - to live like us, to encounter first hand all the pain, frustration, fear and futility that define our lives in a fallen world.
The gift the world received at Christmas is truly miraculous.

What always astonishes me is how so much of the time, we want to 'wrap' God up in some other way - we want to make Him remote or distant, strange and aloof; a being far, far away in some remote spot we tag 'heaven' - certainly not a naked child feeding at a bare human breast!
The truth that Christianity conveys is that human redemption is that real.
It was a real child that came to rescue us, a real man that walked and lived amongst us, attending our weddings and feasts, our funerals and days of illness. It was this man who was to be crucified upon a Roman Cross, buried and then - raised from death, truly alive!

Amidst all the usual things that happen this Christmas, take a moment to reflect on the greatest gift that God wants us to unwrap -
that we can have life through the love and salvation provided to us in His only Son.

God is with us, and that makes life here hallowed indeed!

“No material thing is strong enough to bear the burden of the world. But the everlasting Word [logos] of the eternal God is the firmest and surest support of the whole. He stretches to reach from the middle to the edges and from the heights to the middle, uniting and binding all the parts with nature's unfailing course. For the Father who begot Him made Him the unbreakable bond of all".

So what's it really about then?

It's all just a jumble of old traditions - mistletoe and mince pies, Santa and carols. The 'religious' bits are unnecessary - irrelevant really. Family and friends and "happy" moments - that's what it's actually all about.

The contemporary Christmas certainly wants to substantiate a new myth - that Christianity's 'idea' of us being visited by God Himself was some kind of much later invention - Jesus really wasn't important in that way - just a nice guy to think about now and then, a little like father Christmas!

It's a lie that is quickly (and rightly) binned in a few moments.

A century before the nativity, the Jewish scholar Philo wrote the above words, echoing something which had been recognized in Judaism from the days of Moses and earlier - the issue of the 'mystery' of the persons of Elohim (the Lord God), touched upon so clearly in the passages of the Old Testament (Isaiah 44:6).

Within the very first days of the church beginning to proclaim Jesus as Lord (supreme authority), it was clear that such statements and hymns spoke of such Lordship being expressed in Christ's life, death and resurrection (Philippians 2:5-11) and that this therefore became the source of our understanding of the nearness and purpose of God - to draw close to us that we might touch and see His goodness and intent; to rescue us from darkness by His love.

The very 'Word', which both Paul and Philo remind us holds all things together to do the Father's will, came amongst us - that is the intent of the season, to reflect upon how the one who perfectly reflects and conveys the astonishing fellowship and nature of God came to us, lost souls that we are, that we might touch, might see the reality of God's love.

History and revelation bear witness to this truly supernatural fact - a truth which should season our days here with a sense of what, thankfully, truly resides beyond the often pantomime-like 'festivities' that parade as Christmas.

"God of God, Light of Light, Lo He abhors not the Virgin's womb,

Oh come, let us adore Him, Christ the Lord".

"Seeing, then, we are surrounded by this great company of witnesses,
let us lay aside every hindrance - the sins which like heavy garments, cling to us,
so we can run, free and well, on the course before us,
looking to Jesus, the originator and the finisher of our faith,
who, for the joy which was set before Him, endured the cross".

Life - it's both amazing and terrifying.
In a few hours, you can read of some amazing discovery, and some dreadful deed, almost on a daily basis. Our reality is literally staggering.

Sometimes we can get pretty overwhelmed by the trail of such an existence. Life can certainly be hard when the trials become something that directly impact upon us, leaving us wondering if there is really any purpose or design in a world where you can literally be joyful one moment and in misery the next.

In the night before His death, Jesus sought to show and teach His disciples that even in the midst of such moments, life does have eternal significance; that beyond our few frail moments here and now, there is something far more substantial coming, and that sharing life together in the reality of that hope helps us to prepare for what is to come.

Like the runner engaged in preparing to get ready for the big event, there are going to be many moments when the pain and trails seem overwhelming, but the trails which engulf us are not the conclusion to this moment - there is one who stands with us, one who liberates us from the shackles of our own decay, who makes running this race to the end possible!

Jesus Christ went to the cross because He foresaw the prize which was ahead - and that 'seeing' had begun in the very first moments, when Father, Son and Spirit determined to fashion the heavens and the earth.

"Creation anticipates a telos...The God who freely, graciously and powerfully rules has a goal - the new creation, in His Son, Jesus Christ (Galatians 6:15). Even though we await the full revelation of the new, God assures us of His covenant care for all of creation in general and His children in particular" (Willem Van Gemeren - The Progress of Redemption).

There will be an terminus to the alienation we know, and that day will see something truly marvelous - the creation heavy with the glory of God, woven with the fragrance of His redemption.
We can run, like the unclad athletes of old, not because of our capacity, but because He runs with us, He has claimed the prize, and He will herald the day when it is shared with those that He has so graciously and mercifully set free.

What a day is coming! 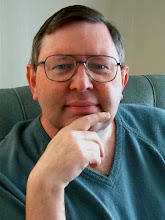